Hi guys! How are you? We update here with all pictures from Evangeline in Sao Paulo, Brazil. She attended the Comic Con Experience Sao Paulo in 01 december, with Kevin Feige, Paul Rudd and Peyton Reed. We take screencaps from Omelete Panel and add in our gallery some pictures shared from Evie in Brazil. She send a message to all brazilian fans and participated in a Press Day with a Brazilian jornalists. Check all pictures and videos in this post. 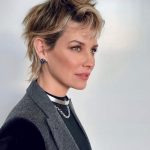 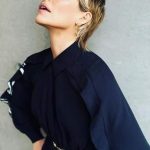 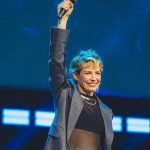 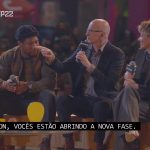 Take a look in the panel video from Omelete:

Evangeline and her stunt doubles of “Ant-Man and The Wasp”, Ingrid Kleinig and Renae Moneymaker are three of the people featured in the new article by The Hollywood Reporter to shine the light on the people who make the main actors look good in the big and small screen.

The Hollywood Reporter – When Evangeline Lilly was starring in Lost, she liked to do her own stunts. But two kids and a decade and change later, the 39-year-old actress had to reevaluate her priorities. “I had to let go of that young, egotistical pride that I’ll do it all, that nobody is doing it for me,” she says. “It was hard for me, I won’t lie. But I’m not 25 anymore.”

Making it a little easier for her on Ant-Man and the Wasp, Marvel’s first movie to include a female character in its title, were Ingrid Kleinig, 39, and Renae Moneymaker, 31, Lilly’s two stuntwomen. With multiple units shooting the film at the same time — one stuntwoman doing a car chase, another a fight sequence, while Lilly worked on an acting scene — the film literally could not have been made without them. “There were four of me in this film,” says the actress, including in her count the CGI-created version of her insect-inspired superhero character.

Kleinig is a trained dancer and acrobat — she performed in the opening ceremony of the 2000 Sydney Olympics — who grew up in a car-obsessed family (her great-great-grandfather started the Australian Grand Prix and her dad was a professional driver for the army before she started racing cars in Australia). The two skills led to her landing gigs as Margot Robbie’s double in The Legend of Tarzan and Suicide Squad and Brie Larson’s double in Kong: Skull Island and Captain Marvel. “I used to be the black sheep of the family,” she says, “but now I’ve redeemed myself.”

Moneymaker started out as a gymnast but got introduced to stunt work by her sister, Heidi. “I was hooked,” she says. “I was like, ‘This is what I need to be doing.’ I fell in love with all of it, with the amount of people that are involved [in making a movie], the preparation and executing the stunts.” Along with Ant-Man and the Wasp, Moneymaker also has done stunt work for Jennifer Lawrence in The Hunger Games and X-Men: Apocalypse.

Even though the three women were often working on different scenes, they formed a bond during preproduction training, practicing in front of a mirror by doing motions together in sync. And Lilly, whenever she could, kept a close eye on her doubles, giving her input on action scenes in “very long emails” to the producers and director (“I’ve seen the stunt videos you’ve mocked up, and I have a lot of notes”). Her biggest concern was that she wanted the action sequences to emphasize the femininity of The Wasp’s fighting style to show women don’t have to be “either the tomboy or the girly-girl. I consider myself the godmother of this character,” Lilly explains, “so I wanted to be on set anytime there was a stunt happening. I wanted to have eyes on it and have input.”