I wish an amazing new year for all fans that follow our website! We finally update the gallery with stills and screen captures from ABC Special Ant-Man and The Wasp Quantumania with Evangeline and Kathryn Newton!

If you want the link from episode just call me in instagram that I send for you. Lilly and Kathy participated about 3 minutes.

Special thanks for Kathryn Newton Brasil that send to me the episode link! 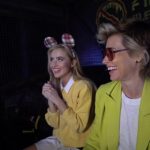 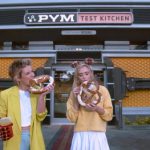 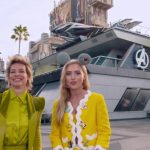 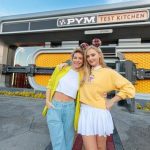 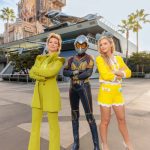 After 7 years, Evangeline Lilly will be attented at Comic Con Experience in Sao Paulo and our team will be there! She’s going to promoting the movie “Ant-Man and The Wasp – Quantumania” in a painel, december 01 with Paul Rudd, Kevin Feige and Jonathan Majors!

According to sources close to WGTC – the same ones who said the Fast & Furious franchise would be heading to space and a new Scream movie is in development, both of which were correct – Evangeline Lilly is being courted by the producers to reprise her iconic role of Tauriel at some point during the show’s run.

From what we understand, the series will eventually catch up to The Hobbit timeline – as it’s said to take place before the events of that story – which is when audiences were first introduced to Lilly’s Tauriel. Once that happens, Amazon would like the actress to return to don her notorious pointy ears onscreen. They’ve allegedly already discussed the idea with the 41-year-old as well, who we’re hoping is receptive to it and agrees to journey back to Middle-earth.

Of course, the actress garnered critical acclaim and several award nominations for her portrayal of the heroic Woodland Elf. Though the warrior was not originally in any of J.R.R. Tolkien’s work, she quickly became a hit with fans after her appearance in the second and third films of the trilogy. As such, seeing more of her in any capacity would definitely be a treat for viewers.

Whether Tauriel’s recurrence would just be via a cameo or as a permanent member of the cast remains to be seen, but we know for sure that she won’t be the only big name character returning to the franchise. Galadriel, Elrond, and Sauron have also all been confirmed for the series, along with many all-new faces.

Tell us, though, would you like to see Evangeline Lilly return at some point during the show? Amazon’s The Lord of the Rings is expected to debut at some point in 2021.

After so many rumors, finally Deadline and other sites like Hollywood Reporter announced that Evangeline returns to the television with a series of mystery and drama of eight episodes of Entertainment One, entitled “Albedo”.

Read below, especially what is highlighted in black. With the published synopsis it seems that it will be a spectacular series. Personally, I’m already very excited about its premiere.

Deadline – In a return to television, Avengers: Endgame‘s Evangeline Lilly is set to star in and executive produce Albedo, an eight-episode mystery drama series from Entertainment One, Rampage helmer Brad Peyton and Bell Media in Canada. Peyton is set to direct and executive produce with Jeff Fierson the straight-to-series project that will be internationally distributed by eOne.

Albedo has been in development at Bell Media since 2016 and is expected to begin pre-production in May. The series will be presented exclusively in Canada on Bell Media platforms and distributed in the U.S. by VOD service Vudu, a subsidiary of Walmart, marking Vudu’s first foray into content.

Co-created and executive produced by writing duo Max and Adam Reid (Sneaky Pete), Albedo is set 150 years in the future. Detective Vivien Coleman (Lilly) is dispatched to the edge of our solar system to investigate a scientist’s mysterious death on board an isolated space station. She soon finds herself trapped and cut-off from Earth, along with the station’s small crew of brilliant scientists – all murder suspects – all harboring their own secrets… What begins as a classic murder mystery evolves into a fight for survival that may threaten the future of our species.

“We are very proud to be working with Vudu as they make their foray into content, alongside our longstanding partners at Bell. eOne is designed to create and deliver content everywhere and that includes helping new buyers into the space,” said Pete Micelli, eOne’s Chief Strategy Officer, Film & Television. “The opportunity to have Evangeline bring Vivien Coleman to life coupled with Brad Peyton’s fantastic vision for this series will create a truly epic experience for audiences around the world,” added Jocelyn Hamilton, eOne’s President – Canada, Television.

“Partnering with eOne on this project ensures high-level international engagement, including this new collaboration with Vudu,” said Randy Lennox, President, Bell Media. “We are delighted to work with the immensely talented Evangeline Lilly and the imaginative Brad Peyton and look forward to adding this compelling unique drama to our programming lineup,” continued Mike Cosentino, President, Programming and Content, Bell Media.

“Vudu is one of the fastest-growing video on-demand services, and providing exciting original and exclusive programming like Albedo at no cost to our customers is key to our continued growth,” says Julian Franco, Vudu. “With an incredible team bringing this series to life, including actress Evangeline Lilly, I can’t wait for Vudu viewers to be thrilled when they tune in. New programming efforts like this will delight audiences and allow Vudu to offer a unique value proposition to brand partners and advertisers.”

Known for her critically praised work in Lost, Lilly most recently reprised her role in Marvel’s box office record-shattering Avengers: Endgame. She’ll next be seen in the film Dreamland.

Peyton’s work includes films such as Rampage and the Netflix and Discovery Canada series Frontier.

Albedo is produced by eOne in association with Bell Media, and the participation of the Canada Media Fund, the Canadian Film or Video Production Tax Credit and the Province of British Columbia Production Services Tax Credit.

Lilly is repped by UTA and Silver Lining Entertainment. Max and Adam Reid are repped by WME, The Cartel and Suzanne DePoe. Brad Peyton is repped by CAA and The Character’s Talent Agency.