This week, Evangeline attended the Ajyal Youth Film Festival in Doha! She shared the news with us through this post on her instagram, where she wrote: “So lucky to be on the #redcarpet next to these two absolutely gorgeous people @alremaihia and @grendizer who run the @ajyalfilm festival where children come from all over the world to experience impeccable film making, and more importantly to witness and experience each other and each other’s cultures. I’m so honoured to be a part of this beautiful event and hope that in some small way my presence here could make the experience more exciting for some of the kids. I’m quickly learning that children’s film festivals are my favourite part of being an actor. Thank you @ajyalfilm for this opportunity. #forthekids #ajyal2018”.

The sixth Ajyal Film Festival, the annual cinema event hosted by Doha Film Institute (DFI) at Katara – the Cultural Village, continues to drive dialogue between international film talents and young filmmakers, with Ant-Man and the Wasp star Evangeline Lilly and Karim Ainouz, the director of Central Airport THF (Germany, France, Brazil/2018), among others, to interact with audiences and media.
A guest of honour at Ajyal Film Festival, Evangeline was down-to-earth and endearing to fans. Reflecting her own outlook towards life, she said: “I always try to demystify the idea of glamour and show the real person. We are all the same.”
Evangeline said that being friendly “helped me get jobs”. “Nobody likes a snob; directors and producer want someone they like to work with. Further, it helps me to create my characters because I meet and interact with so many people from different walks of life and cultures. There is nobody I wouldn’t say hello to. To be a good actor, you have to know people,” she said.
Evangeline revealed that she will appear in a new series soon without divulging more details. She said, “Television was an incredible commitment. But that said, there is a TV show on the horizon. The reason why I finally decided to go back to television is because I now have two children and the life of an actor is like the life of a gypsy, and very difficult on family. I was looking for some stability.”
Evangeline said the opportunity to interact with Ajyal jurors was incredible. “I love the opportunity to speak to kids and love answering their questions. But there is always a small part of me that is frustrated. Because more than answering their questions, I want to ask them questions, especially here because I know little of the Middle East. The most fascinating thing is how (the Ajyal Jurors) are into the film industry. I didn’t know there was a film industry in Qatar before I was invited to Qatar.” 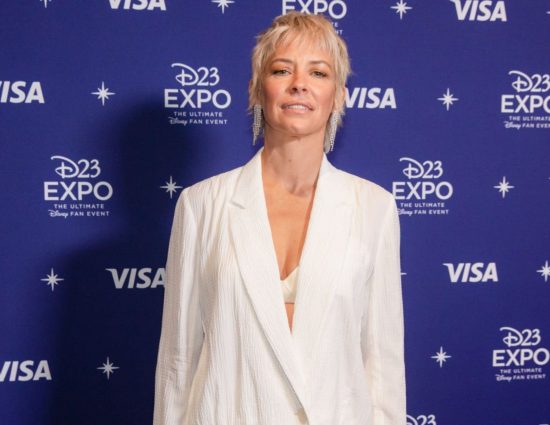