Last month, Evangeline spoke with Entertainment Weekly about her upcoming film “Ant-Man and The Wasp” and revealed her character’s arc. Read below what he said. Also the site (EW) published two new exclusive photos, which you can see below.

Evangeline Lilly’s Hope van Dyne (a.k.a. the Wasp) may share the power of miniaturization with Paul Rudd’s Scott Lang (a.k.a. Ant-Man) in Ant-Man and the Wasp. The Wasp is, after all, the first female superhero to appear in the title of a Marvel Cinematic Universe film. “It means a lot to me,” says Lilly. “If I’m honest with myself, I feel a lot of pressure to make sure that it is everything that the world wants it to be.”

The film concerns the quest by van Dyne, Lang, and scientist Hank Pym (Michael Douglas) to rescue Janet van Dyne — that’s Hope’s mother and Hank’s wife — from the Quantum Realm, an alternate dimension into which she disappeared decades previously. “Scott entered the Quantum Realm in the first film and came back, which is something they thought was impossible,” says Lilly. “The question has arisen, ‘Can Janet come back?’ So the entire film, my character is hell-bent on finding a way to get into the Quantum Realm and bring her back.” 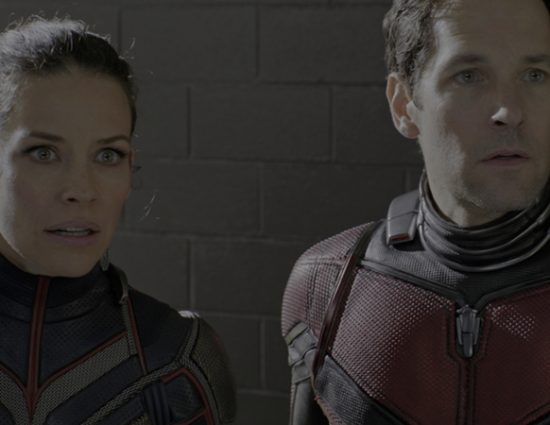 “Ant-Man and The Wasp” Screen Captures