Evangeline Lilly, who stars as the Wasp in Marvel’s upcoming Ant-Man and the Wasp, revealed that she flayed the skin off both of her forearms during a stunt that went wrong several years ago on the set of Lost. “There were open wounds, pus-y and oozing,” she said during a panel discussion Wednesday night on the Fox lot about women in the stunt business. “I looked like a mutant. My mom said, ‘You’ll never be able to wear an evening gown again!’”

Lilly also made it clear that the accident was no accident, accusing an unnamed stunt coordinator — who she described as “misogynistic” — of punishing her for defying his wish to have a stuntwoman do the stunt. It involved rolling off a thick tree branch high above the ground and hanging on for dear life, though there was no risk of falling because she was safely harnessed to the branch.

Lilly said she asked to have moleskin – a light fabric used to prevent abrasions – wrapped around her forearms, but the coordinator said no. “They’ll see it,” he said, though she was sure it wouldn’t show on screen. So she did the stunt bare-armed – over and over and over again. And each time the rough bark ripped off more of her skin. And after each take, New Skin – a liquid-bandage brand – was painfully applied to the wounds, and then the coordinator would send her back up the tree to do it again and again and again, each time more painful than the last.

“I felt it was him saying, ‘I’m going to put you in your place for standing up to me,’” she said. “It was either cow to his power or hurt myself. I was in my 20s then. Now, I would probably back down.”

Injuries are part of the job, though rarely are they intentional. A more common complaint by stuntwomen is the discrimination they face on the job – or not getting jobs at all.

Lilly was joined onstage by Ingrid Kleinig, her Ant-Man and the Wasp stunt double, and by three other stuntwomen, who among them have more than 75 years of stunt experience. They’ve rolled cars, fallen 80 feet through fire, rappelled down buildings and worked on some of the biggest action films produced in recent years.

But Deven MacNair said her most risky move has been speaking out against “wigging,” the age-old practice of stuntmen donning wigs and women’s clothes to double for actresses. And she’s done more than just complain – she alerted her union and filed an EEOC complaint. She was accompanied to the event by her attorney, Brenda Feigen, who’s trying to get more stuntwomen to come forward to file a class-action lawsuit.

“That was my greatest stunt,” MacNair told the audience, noting that speaking out has hurt her career. Wigging, she said, “robs us of our pension and health, robs us of the experience we need to get the next job.” Then she pointed in the audience to veteran stuntwoman Julie Johnson, who MacNair said “has been fighting this since the 1970s.” […] 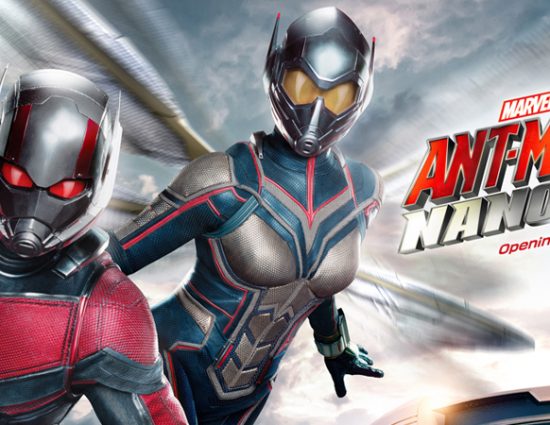